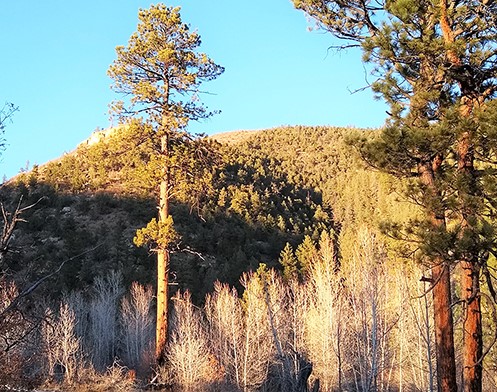 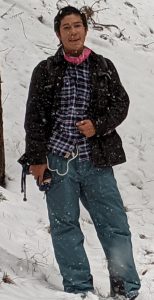 In fall of 2020, I worked with Trout Unlimited and Defenders of Wildlife, and River Source – a small company specializing in watershed restoration, education, and research in New Mexico – on a beaver habitat assessment survey in Northern New Mexico. The project goal was to find rivers where beavers could be relocated to and where beavers could do the work to restore riparian water tables, wetland vegetation and in some places improve the health of trout habitat.

Over the course of a few months I worked with Rich Schrader, my mentor and River Source founder, on what he aptly described as our “dream project.” Rich and I completed the surveys with the help and his colleagues, field educator/scientist David Fay, and water scientist and Cochiti Pueblo member, Carlos Herrera. We did both ground and drone surveys to discover as much as we could about the impact of cattle, riparian geomorphology, and the vegetation present to determine if it would be a good beaver relocation site. It was also our job to determine what part of their historic range any beavers were still occupying.

Before joining this project I had thought that I knew about the beauty of Northern New Mexico, but riding with Rich, David and Carlos allowed to me fall in love with the state and its waterways in a new way. I discovered awesome canyons twenty minutes from my house and explored the watersheds four hours away near the Colorado border, and each small river had a unique character to it. In New Mexico, both human life and wildlife centered around where the water flows, so each environmental survey was accompanied by a fascinating cultural history of what the water has meant to Indigenous, traditional Hispanic and Anglo peoples of the area.

This history was essential. At the center of our project was the conflict between human and wildlife uses of riparian areas, and with River Source I learned of the nuanced ways that conflict can exist and could be addressed. I learned that although humans and beavers may differ on where and when to dam a river, the opportunity for cooperative restoration and conservation exists and can be derived through this kind of groundtruthing assessment and reading the landscape. 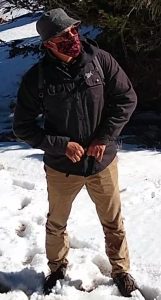 My eyes were opened to this when we surveyed the Rio San Antonio, where exclosures had been erected to keep cattle as well as elk and deer out of the riparian area. Inside the beavers were able to thrive without the damage of browsing, grazing and hoof action. It was so clear to see the dramatic restoration work the beavers had done. The beavers so completely revived the previously absent wetlands that I forgot I was still walking around in the desert state of New Mexico. It so clearly demonstrated to me the power of biodiversity to restore an environment, all while still retaining the majority of the land for ranches to utilize. Why go around planting individual trees when a family of beavers can get to work on reversing 100 years of erosion, simply doing what they do best?

This is not the only common goal we share with beavers. In one ephemeral creek we hiked along, private landowners had built a series of rock berms and grade controls in an attempt to retain surface water on their property, whereas in the Ponil Creek, another ephemeral waterway, the beavers we found had managed to keep several large, deep pools behind their dams in spite of four weeks of no rain.

When doing this work, I learned so much about hydrology, riparian ecology, and, of course, the beavers themselves. After hiking along the rivers where beavers were present, I came to really appreciate the animals. Although in my opinion they really are not the cutest rodent out there, they are awesome creatures. Hard working, family oriented, and constantly molding the environment around them to their needs, beavers are not so different from us in the end.

Abelino Fernandez Leger is currently a sophomore at Claremont Mckenna College where he is studying economics and environmental science. Due to the Covid-19 pandemic he decided to take a gap year before continuing into his junior year, and during that time he was able to work with Trout Unlimited. Abelino grew up in the rural community of Chupadero just north of Santa Fe, New Mexico. Here his mother would always tell him, “Recuerda hijo, el agua es vida y la acequia es comunidad”. From there his passion for water only grew until he found a paddle in his hand and a boat full of customers to guide down the Rio Grande. After graduation he hopes to combine his studies to make a career in environmental finance or green investing. He hopes that regardless of what he is doing he will always have time to spend on the river and continue to unearth more of New Mexico’s stories. He loves improv acting which puts him at ease when public speaking~ check out his field day interview in Canones Creek below! 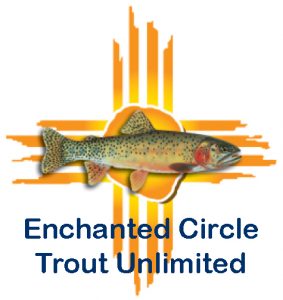