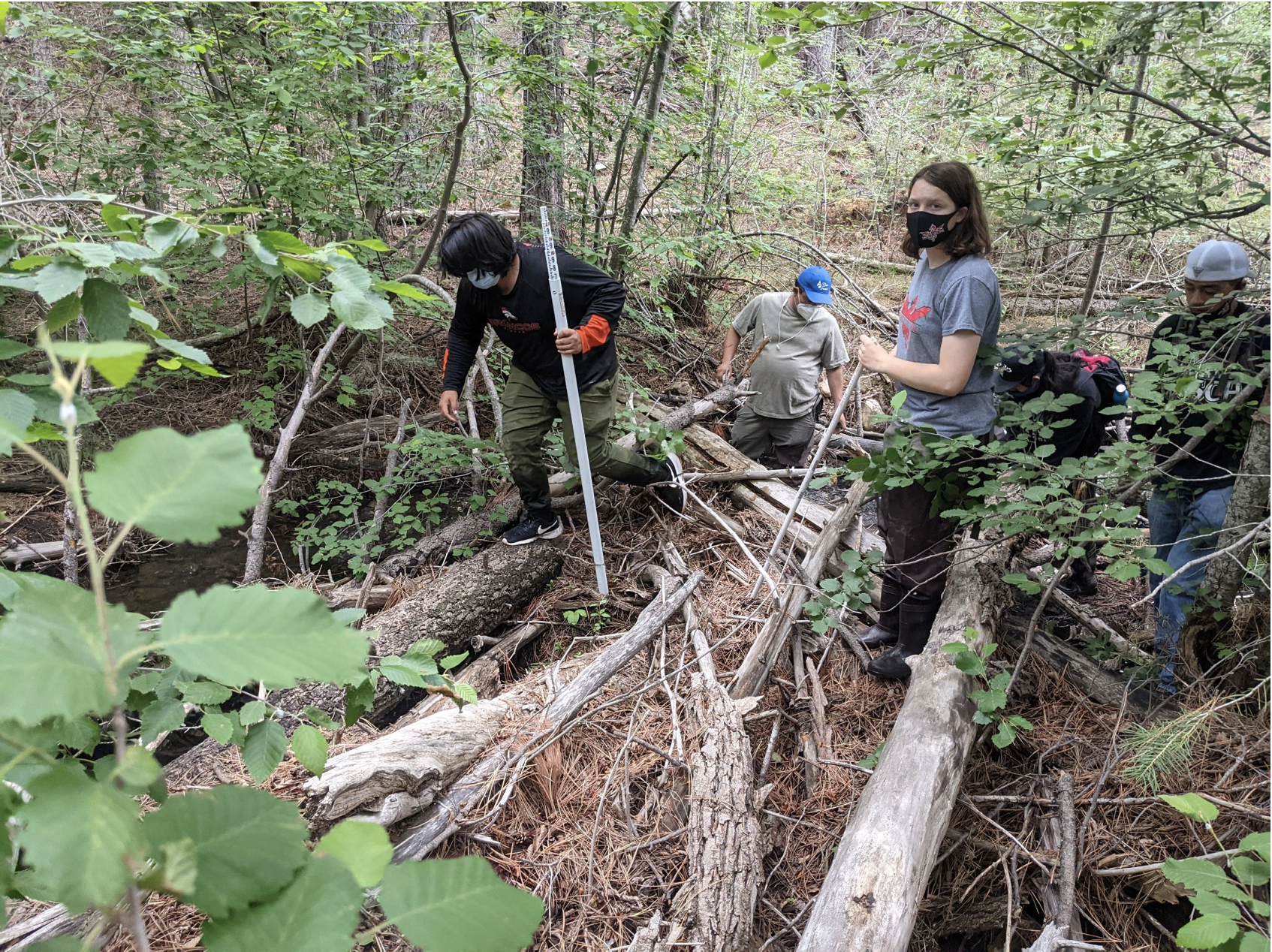 Hello! My name is Taylor Nelson, and I’ve lived in Santa Fe all my life. I’ve spent the past two weeks as an intern for River Source. During this time, I learned far more about Santa Fe’s water sources and arroyos than I ever did in all my nine years of school.

I was told about this opportunity by my ninth grade physics teacher, Ty, and was immediately interested. I’ve been interested in the environment and nature since I was a little kid, and an internship at River Source sounded like a perfect summer job. So I applied, and soon enough I was at the River Source office, meeting Rich, Carlos, and the other interns. I found myself discussing what sorts of things we would be up to in the next two weeks.

A big part of what we did was erosion control. On the second day, we learned about different techniques used to control sediment transport. We visited Bunny Ranch, a piece of land on the outskirts of Santa Fe. Here we marked the eroded arroyo with bright pink flags to indicate where we should put one rock dams. These structures slow the water and stop the water from cutting into the ground. They begin to level out steep and unstable slopes by reintroducing sediment to the arroyos. A week later, we built dams in the arroyo. Using dead tree branches we harvested from juniper trees in the area. We followed the same principals at the Herrera Research and Experiment Station where Carlos lives. Except here we built moon-shaped media unas along with simple one rock dams (though there were no rocks involved- just cut juniper branches for us).

Another really important piece of this internship for me was the Santa Fe Upper Watershed. Rich got permission for us to go up there and do some work- something very rare, as the public is strictly forbidden from the watershed! We went up to the Watershed three times in these two weeks, and each time it was very fun and interesting. On our first trip, we put up two picture posts, which allows people to complete photo monitoring. They take pictures from a certain spot from each angle consistently, without having to spend a lot of time getting the camera in the right place. We also did water quality work to check the stream and make sure it was healthy and clean. It was! 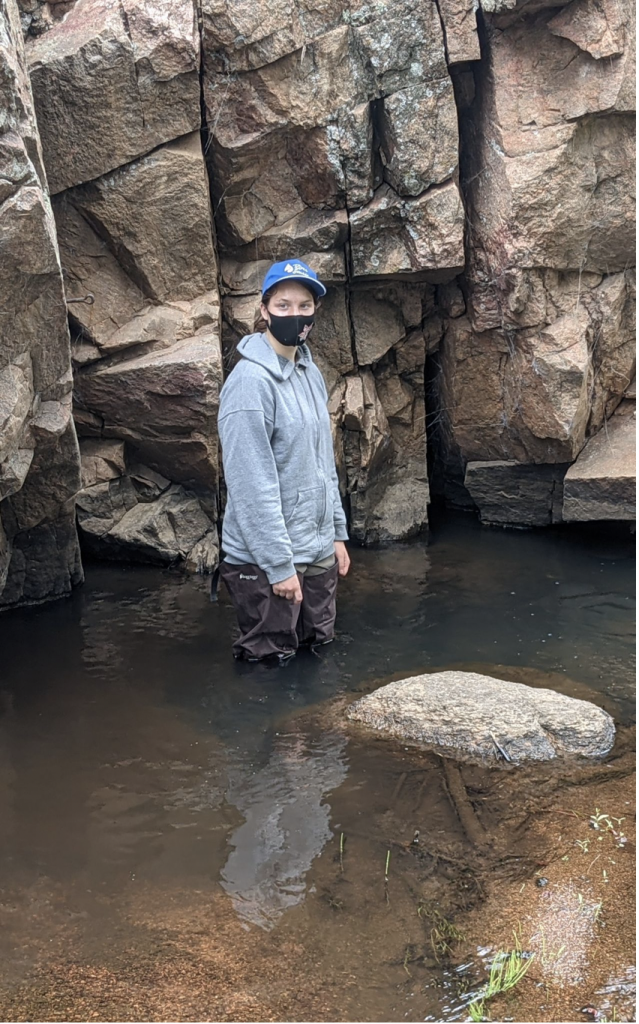 The next two trips we took to the watershed I found even more fun. They involved waterproof shoes and wading boots that came up to my hips. I waded up the stream all day, surveying and collecting data the whole way. I thoroughly enjoyed learning about this ecosystem, which is called a riparian area. We used an app called Survey123 and studied different habitats within the stream, measuring their depth and width, and taking notes on the states of the streambank and on the types of vegetation growing. I really liked doing this, especially since the branches hanging over the stream and the logs balanced across it created a perfect environment for orb weaver spiders to weave their webs. I happen to be very interested in spiders, so this was a very welcome addition for me!

Overall, this internship was so engaging and interesting, and I am more than glad I was chosen for one of the positions. My fellow interns were very friendly and good to work with, and Rich, Carlos, and David were all fantastic. I got to learn so much about so many things- watersheds, rock gardens, water conservation, and financial literacy, just to name a few- and I left feeling even more interested in those topics. I am so grateful for this experience and had a really good time as a River Source intern!