Once Seen, It Cannot be Unseen: My 2020 Internship at River Source 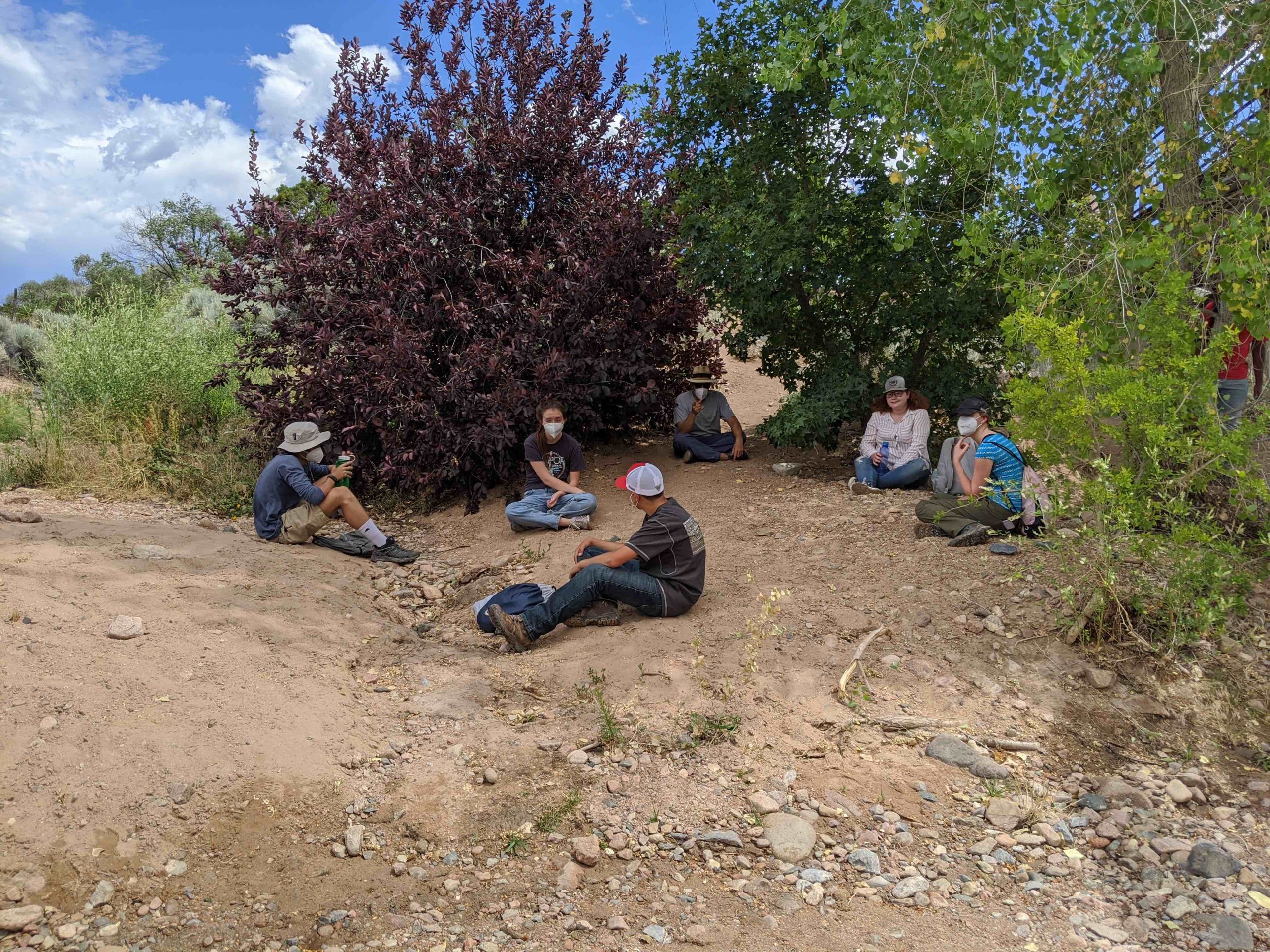 Orientation day, a mix of nervousness and excitement overcame our little group. Meeting Rich, Carlos, and David, our mentors, we stood in a large circle and introduced ourselves and shared a bit about who we are. Sweating in the gleaming hot sun, we then marched our way through Frenchy’s field, examining the areas where we would work in the coming days. Hearing about the intricacy of river management, I was amazed at how little I knew. Reflecting on the day and what we had learned, I realized the beauty in learning about something new. Our daily routines become what only we know, however, this new routine, while dry, hot and challenging, was a chance to have a shared experience. Soon we found ourselves in another large circle learning about ecology and the complexity of working with rivers. Skimming along the Santa Fe River, we began to work on the ‘how and where’, of the upcoming project. Although the labor portrayed itself to be intense, it proved to be interesting, simple, and complex all the same time. Measuring the depth and cross-sections of the river stood out to be the most difficult to understand. However, after taking the time to listen and practice, I began to understand.

Traveling to the Pecos Historical Park, we learned about the jobs in the park and the history behind it. Once again, the day’s relentless heat drained our energy fast. However after stepping into the icy cold river and measuring the river’s depth, width, temperature and velocity, we felt revitalized. We also checked the water quality, using a method that I had never thought of before: insects. Gathering up the tiny creatures dwelling under the rocks beneath our feet, I learned more in one day than I had in months of school science. To learn about the quality of the water, we inspected what type of bugs were able to survive in the river’s environment. This test is mainly to check for how polluted the water is. For example, if bugs sensitive to pollutants live in the water, the river is healthier. This specific river contained lots of bugs intolerant of pollutants and scored a 2.5 (an excellent score). While learning about bugs in rivers widened my perspective of what I want to learn, understanding the importance of containing invasive species matched it. Grabbing a shovel (that was just bleached and sanitized) we dug out multiple invasive plants, one of these being a Scotch Thistle. Stabbing the shovels into the ground several times, we ripped the plants out along with the roots. Finally coming to a rest at the end of the day, I felt satisfied and tired.

Showing up the next day, more exhausted than usual, I participated in one of the most interesting lectures I have ever heard. Stormwater, a foreign idea, quickly became one of the most intriguing concepts I have heard. Using a sustainable design to nurture plants, wildlife, and aesthetics seemed too good to be true. However, after visiting multiple stormwater basins, it proved to achieve all of these criteria. Once we had been exposed to plenty of analogs, we were set to replicate this structure using the knowledge we had learned that day. Sitting in the shade and calculating stormwater runoff for a basin was challenging. However, putting our minds together, we were able to recreate, on paper, what we had seen that day.

Driving to Carlos’s house the next day, we began to see how rainwater effects the landscape. We began to see channels. At first glance channels appear to be a minute detail yet they have an exponential effect on the land. If a channel is not properly managed, the land will become less nourished for multiple reasons. To combat this, Rich and Carlos introduced us to a method that slows down the water traveling down these channels. Using this method, we were able to create an environment where the brush/sediment barriers could spread the water across the land to then seep into the ground, creating new opportunities for future plant growth while combating erosion. Now at the end of the week, I reflected on what we had learned. So much had been squeezed into this internship, yet somehow everything now appeared familiar, potent and omnipresent.

PrevPreviousThe Beginning of My Career in Land Conservation: An Internship at River Source
NextBeing a Positive Force of Change in our WatershedNext